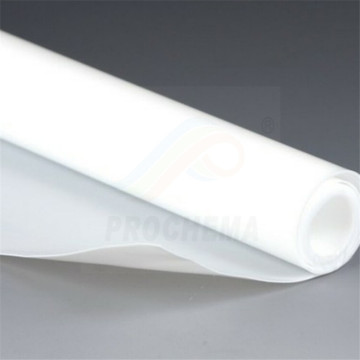 Ptfe color film is a polytetrafluoroethylene orientated or unorientated color film in 13 colors, such as red, green, blue, yellow, purple, brown, black, orange and white, which is made of blank after moulding and sintering with a certain amount of colorant added by tetrafluoroethylene resin and then turned. Although PTFE color film has good electrical insulation after adding a certain amount of colorant, it is suitable for the insulation and classification of wires, cables and electrical parts. Ptfe activation film is a film made of PTFE film, filled film and color film, and then surface activation treatment. Pigment, glass fiber, carbon fiber, graphite, bronze powder and other fillers are added into the products. After activation treatment, the properties can be further improved. It can be combined with rubber, metal, etc., or special adhesive tape can be made to meet the design requirements. Widely used in light industry, military industry, aerospace, oil field and other fields.

1. Non-adhesion: almost all materials are not bonded with PTFE coating film. Very thin films also show good inadhesion.
2, heat resistance: PTFE film has excellent heat resistance and low temperature resistance characteristics. It can withstand high temperature to 300℃ in a short time, and can be used continuously between 240℃~260℃ in general, with significant thermal stability, it can work at the freezing temperature without embrittlement, and does not melt at high temperature.
3. Sliding property: PTFE film has a low friction coefficient. The friction coefficient changes when the load slides, but the value is only between 0.05 and 0.15.
4, moisture resistance: PTFE coating surface does not touch water and oil, production operation is not easy to touch the solution, if there is a small amount of dirt, simply wipe can be removed. Short downtime saves time and improves work efficiency.
5. Wear resistance: excellent wear resistance under high load. Under a certain load, it has the dual advantages of wear resistance and non-adhesion.
6, corrosion resistance: PTFE is almost not subject to drug erosion, can withstand in addition to molten alkali metal, fluoride media and higher than 300℃ sodium hydroxide all strong acid (including aqua aqua), strong oxidant, reducing agent and various solvents, can protect parts from any kind of chemical corrosion.

2008--Our Shenzhen factory was set up to produce our own branded coated films.

Company Info
Email to this supplier